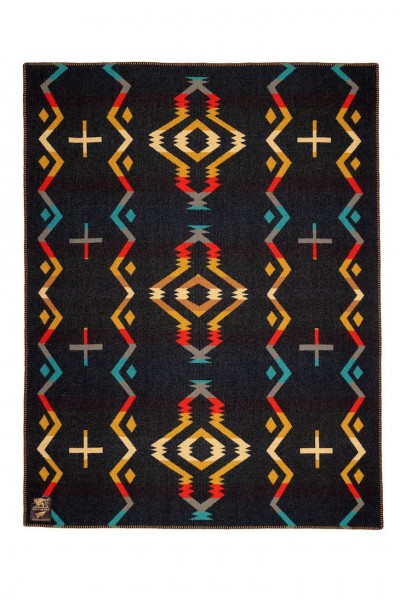 We are happy to share the news of the second time we gear up for a collaboration. October 28 will see the light of a second collaboration blanket between Red Wing Heritage and Indigofera Jeans. The inspirati on for the blanket comes from ancient rugs and blankets ma de in the early 1 7 00 in the very southern parts of Sweden. The patterns and technique for this new blanket are drawn from the universal way of weaving. This technique was found and seen in Sweden, A sia, South and north America. The techniques even dates to the Pharaohs of Egypt. The blanket name “Kabusa” is a nature preservation area in Skåne. In the middle of the very area these rugs and blankets have been woven throughout the centuries. Examples o f “Röllakan weave” woven in Skåne / Sweden occurs from early 1700`s and onwards. The tradition was always rich in colors, pattern, and symbols. One can see the technique`s relationship with the middle east, far east and the America`s.