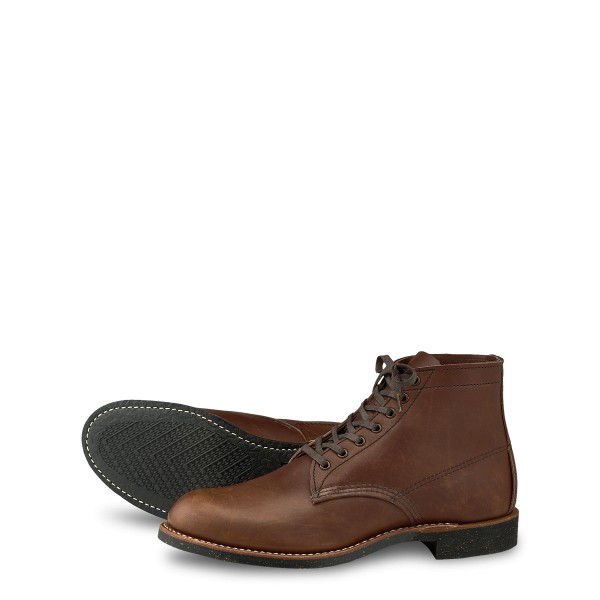 When the Red Wing Shoe Company was founded in 1905, the streets were still muddy, traveled was still largely by train or horse and daily life was a little more sophisticated than today. So the footwear had to be versatile - even a shopkeeper or banker needed shoes that could keep their feet safe and dry, but after a short brush they looked good again so they could do business. The historical working boots, which are similar to the merchant, is the Red Wing Style 245, which was made without Toebox, and instead has a simple toe box and a raw cut at the quarter edge. The Merchant is built on the 8-bar, which is also used for the Blacksmith. But because of the missing Toebox the merchant has a slimmer look and a flatter toe than the Blacksmith.